Æblekage/Danish Apple Cake, is a very simple, no bake

Grandma started the tradition, of making it for birthdays.

This is a photo of my husband Scott’s Grandma, Grandpa, &

island of Bornholm in Denmark, to Modesto Ca. where

Grandpa was a butcher for Anchor Meats.  We still have his

hand-made knife! April 23, this year would have been Scott’s

celebrated in his honor.  Dinner was grilled t-bone steaks,

After dinner, we played games of cribbage on Ed’s old board.

For dessert we enjoyed Æblekage/Danish Apple Cake, with 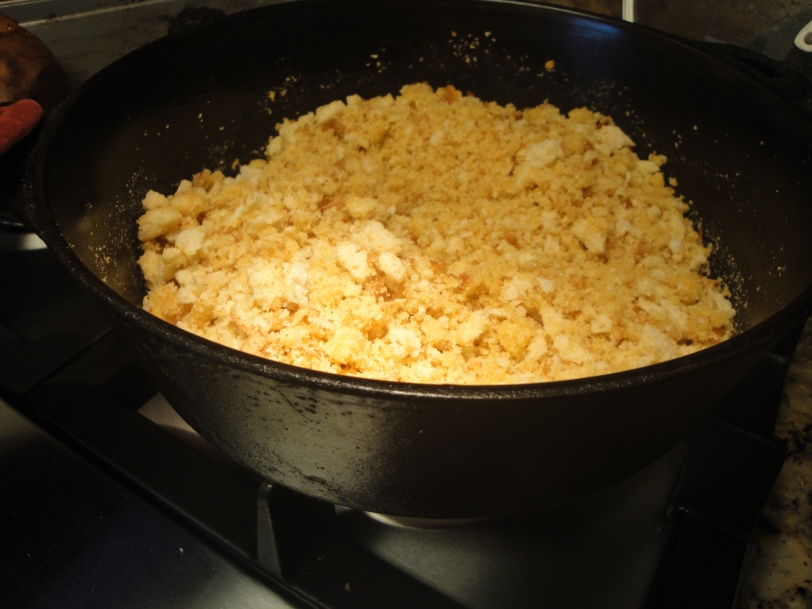 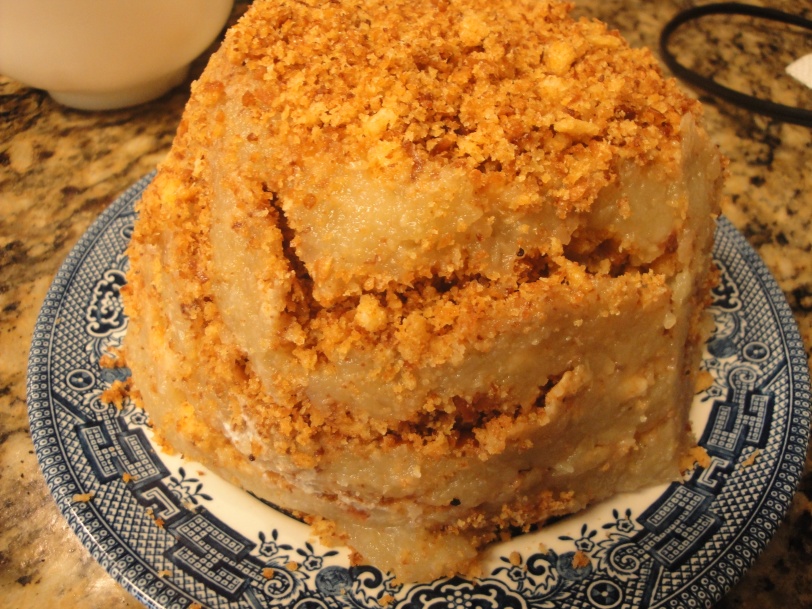 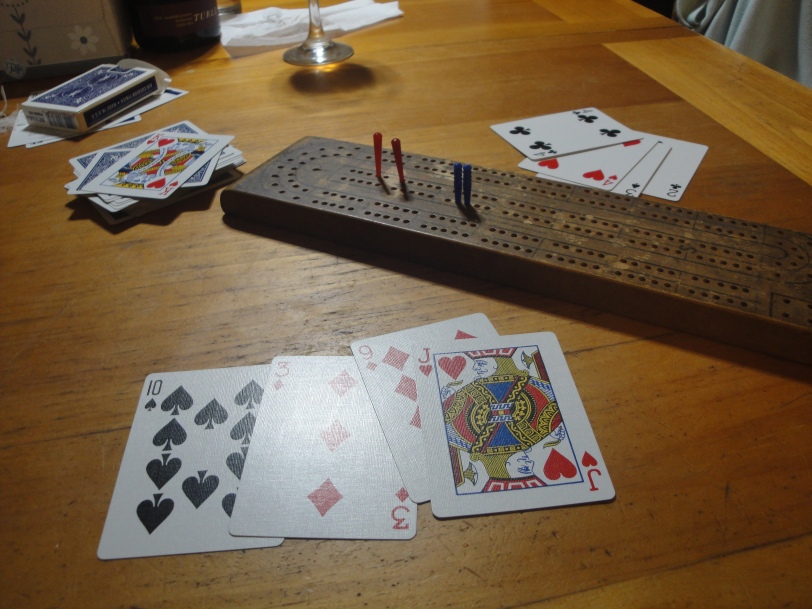